Our Heart, Our Story 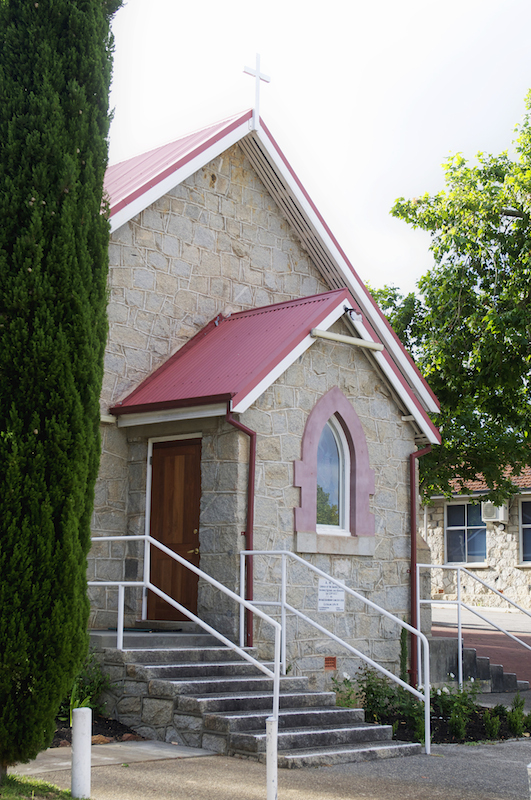 Sacred Heart Church. Photo courtesy of Kate McHardy, Altare Photography.The beginning of the Catholic community of Mundaring goes back many years before the building of the church on Coolgardie Street.

“The Body and Blood of Jesus Christ was consecrated in these leafy glades… as far back as 1899 when the priest travelled from the Guildford-Midland parish to say Mass at the Weir Hotel, or the home of Mr. and Mrs. Reddy for the Weir construction workers up until 1902.

In that year, Mundaring was transferred to Toodyay and during those early years, the young Fr. Goody, later Sir Launcelot Goody, Archbishop of Perth, visited his flock from Toodyay by motorcycle, fraternizing with his Australian and newly arrived European parishioners with possibly a roast dinner here, and a plate of pasta there.”

After the completion of the Weir wall, the Reddy family, who played an integral role in the foundation of the parish, continued to hold mass in their new home on Coolgardie Street.

Marino Bartolai chiselling granite at the Mundaring Quarry owned by Wilson, Gray & Co Ltd., 1932. Reproduced with permission of the Italian Historical Society- COASITAs the town of Mundaring began to grow, the community began to actively work towards the building of a church that could be the heart of the parish. Mrs. Reddy, in conjunction with the Parish Priest of Toodyay, Fr. McBride, procured the land on which the Church now stands. The cost of the church was covered in part by fundraising events and parishioners’ donations, which reduced the debt by half. Italian stonemasons, Nunzio Mucciarone and his brothers Emilio and Nicola, Primo Tucci and Marino Bartolai, built the church in their spare time and free of charge using granite from local quarries (donated by Wilson, Gray & Company), where many of them were employed. 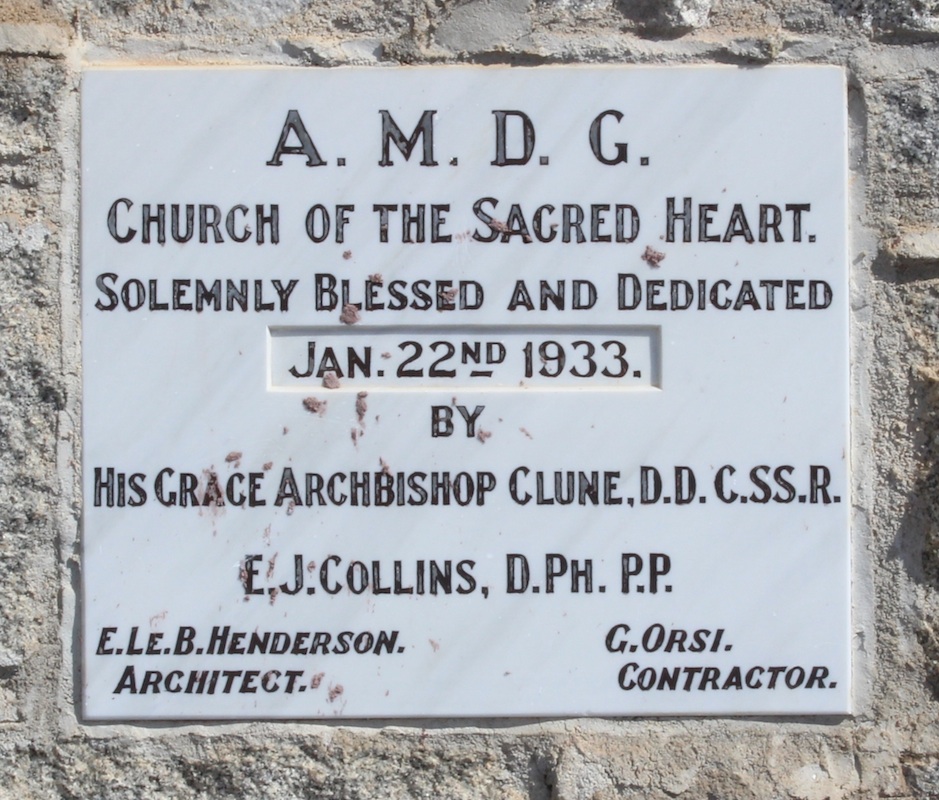 Foundry Stone- The Sacred Heart church was blessed by Monsignor Verling, as Archbishop Clune could not attend. The church was opened and blessed by Right Rev. Monsignor Verling on behalf of Archbishop Clune, during the Depression in 1933. Although Archbishop Clune was unable to attend the event, he had taken great interest in the project and had donated substantially to the building fund. Sadly, Fr. McBride passed away before this and never saw the church completed. The blessing and opening of the church was a momentous day for the catholic parishioners of Mundaring, who through their hard work, commitment and contributions saw the realisation of their long and sincere desire for a church in their locality. Mr. H. DeGrancy donated the altar and vestments. 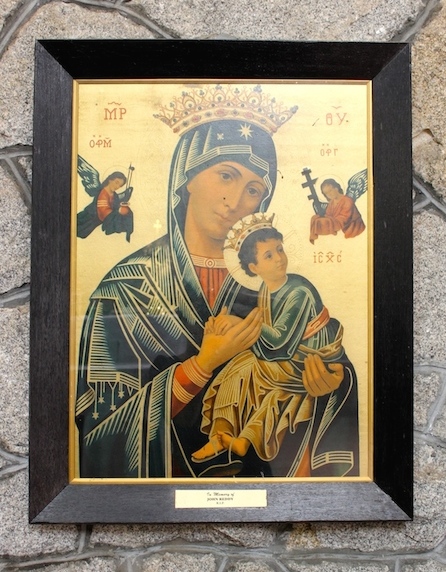 Our Lady of Succour, donated by Mary Reddy in memory of her husband, John Reddy.The Holy Water fonts were donated by the contractor, Mr. Orsi and builder, Marino Bartolai and Mrs. Reddy donated a picture of Our Lady of Perpetual Succour, in remembrance of her husband, John Reddy. The sacred vessels were the gifts of various religious orders and priests.

In 1949, Mundaring was declared a parish and included the districts of Darlington, Glen Forrest, Parkerville, Mahogany Creek, Mundaring, Mundaring Weir, Sawyer’s Valley, Mt. Helena, Chidlow and Wooroloo. The first parish priest was Fr. Thomas Linnane, and one of his first tasks was the establishment of a parish school. Fr. Linnane, helped the builder, Peter Bertola, hew the 500 tons of stone, and along with his parishioners carted it to the building site.The school was opened in 1953, with a class of 65 students in years 1-10 and was originally staffed by the Sisters of St. Joseph of the Apparition. 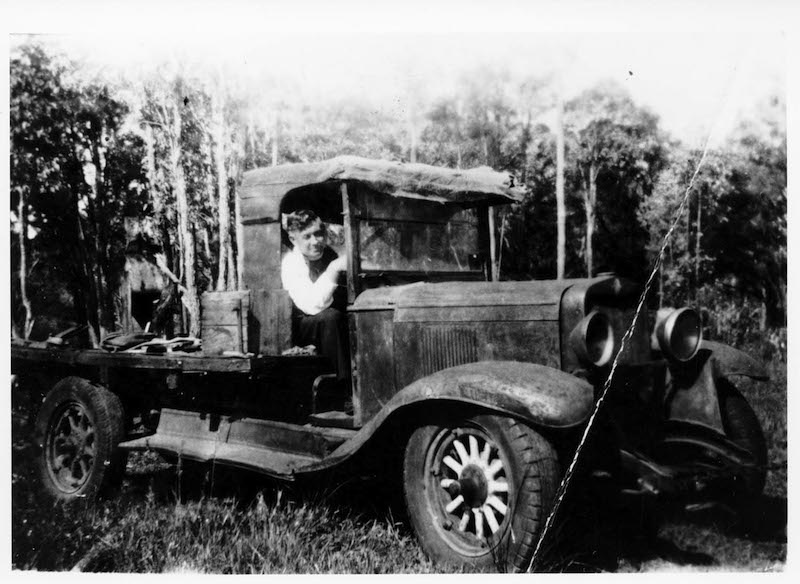 Fr Linanne, parish priest of Mundaring, at the wheel of his 1929 Chevrolet, c. 1953. Reproduced with permission of the Italian Historical Society- COASITIn October of that year, the first Confirmations were held in the parish. In 1973, the Sisters of St. Joseph of the Sacred Heart commenced staffing the school with the assistance of a lay teacher.

Fr. Linnane was transferred in 1955 to the new parish of Como and was replaced by Fr. Thomas O’Kane, who undertook the building of a church and presbytery at Chidlow. In 1956, on completion of the church, Chidlow was made an independent parish with Fr. Lenihan as the first parish priest. 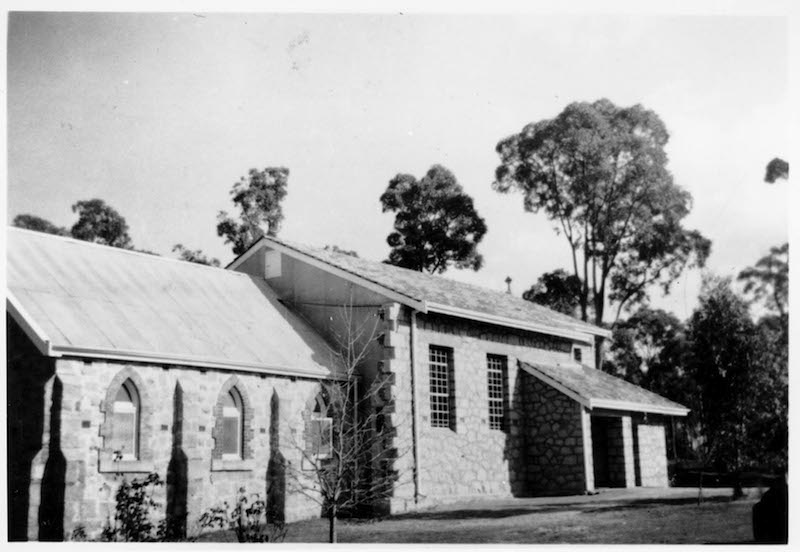 Sacred Heart church, view of the recently completed stone extension to the church, 1958. Reproduced with permission of the Italian Historical Society- COASITFr. O’Kane then began the task of extending the church in Mundaring and building a new presbytery on the land willed by Mrs. Reddy. The presbytery was designed by Victor Mucciarone, the son of one of the stonemasons, who built the original church. Fr. O’Kane, like Fr. Linnane before him, was completely devoted to the project, helping haul the granite to the building site himself.

In 1966, Fr. Lenihan, was transferred from Chidlow to become parish priest of Mundaring and two years later it was decided that Chidlow and Wooroloo should once again become part of the Mundaring parish.

After the Second Vatican Council in 1970, there were several changes made to the layout of the sanctuary. The altar was shortened and turned so that the priest faced the congregation whilst saying mass. The granite cut from the altar was repurposed into the Acolyte’s chair. A new lectern was constructed from granite cut by Albert Mucciarone, a relative of Nunzio, and the tabernacle was placed on a granite stand attached to the back wall.

In the decades since the parish’s inauguration, numerous priests, Sisters and parishioners have given their time and talents to serve the Sacred Heart community (churches and school). We, as a congregation, continue to honor the culturally diverse and long heritage of the Catholic community in the Hills. As stated in the History of Sacred Heart Parish, Mundaring presented at the 50th Anniversary of the Sacred Heart church in 1983, 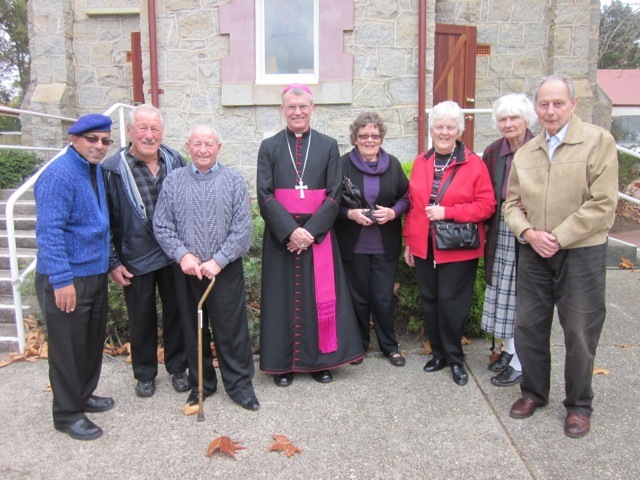 “Let us remember with grateful hearts those pioneers of the parish who worked so hard to build our first church.”

In 2013, we celebrated the 80th anniversary of the building of the Sacred Heart church, with a of gathering of past and current parishioners, who again paid tribute to the history and ongoing relevance of the church as a place of worship in the Mundaring community.